12 Traditional Ukrainian Dishes You Must Try

The peculiar features of traditional Ukrainian food have been forming over centuries. The neighboring countries, climate conditions, rich soil and hard-working locals have influenced the complexity of the dishes. Ukrainian dishes are generously flavored (with garlic often the main seasoning) and, despite the contradictory tastes being used, come together in a harmonious blend.

Ukrainian dishes often use a number of ingredients. Borscht is a direct proof of this. Initially, this dish was made of 30 ingredients but, of course, over time that number has decreased. However, the technique remains unchanged. Beef is placed in cold water to make a meat broth. Then the meat is taken out and other ingredients are added and cooked in a closed saucepan. Garlic fritters are given instead of bread and called pampushki by locals. Traditionally, every Ukrainian girl learns how to cook borscht before getting married. 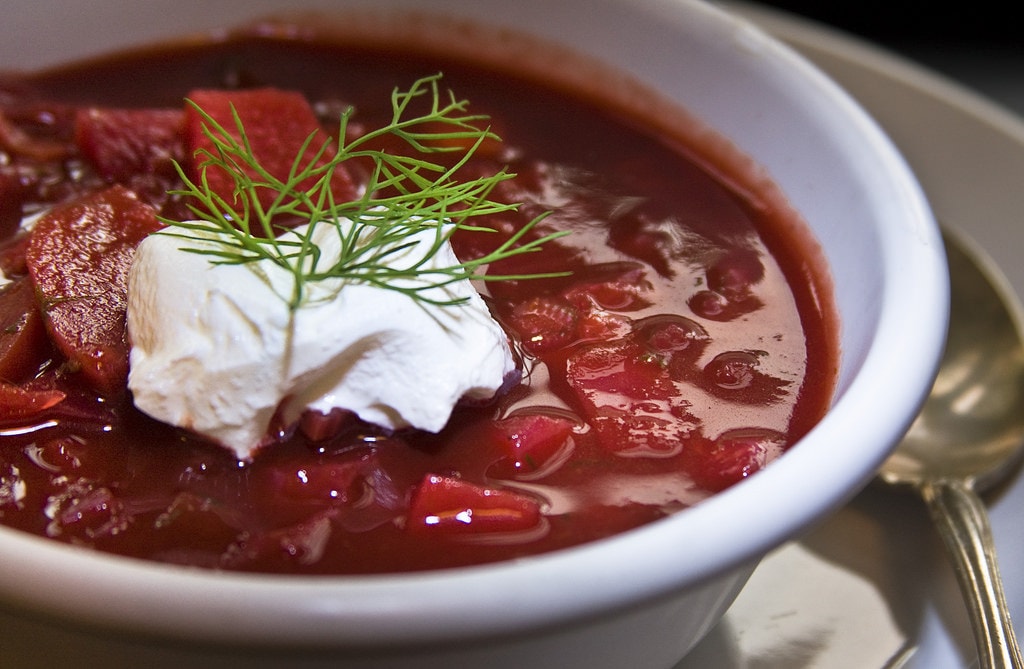 Chicken Kiev is the dish that has brought fame to Ukraine. The simple combination of fresh chicken filet with a piece of butter is considered to be quite exquisite all over the world. To ensure that butter does not flow during the frying, you’ll need a lot of practice and true professionalism. Nowadays, chicken Kiev is served in fashionable restaurants across London and New York. It is always the first dish ordered by foodies visiting the Ukrainian capital. 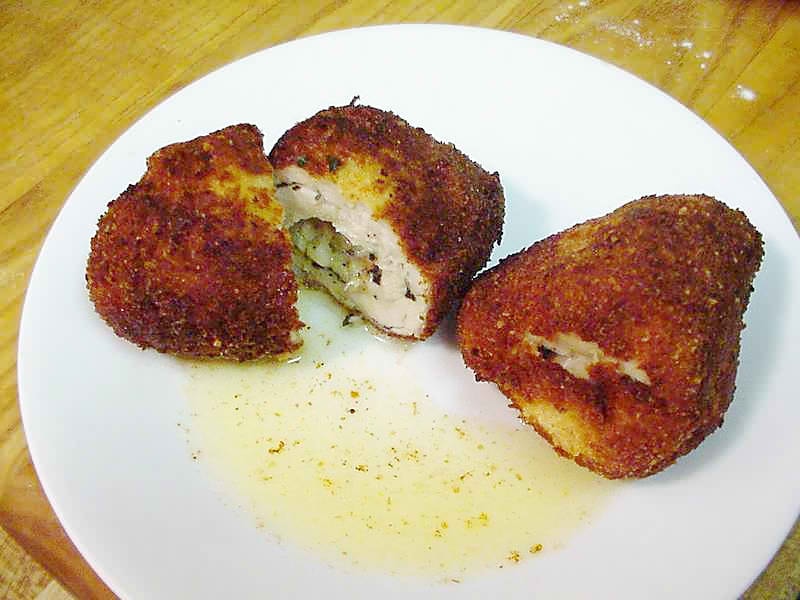 Deruny, or potato pancakes, are a perfect course for breakfast or dinner. They are usually freshly fried or baked. If you want to make a good batch of deruny, first off, you should make sure the potatoes are finely grated. Then, to diversify the flavor, add meat, slices of chopped onions, mushrooms, fresh herbs or a variety of spices. Alternatively, you could just keep it simple: potatoes and a pinch of salt. 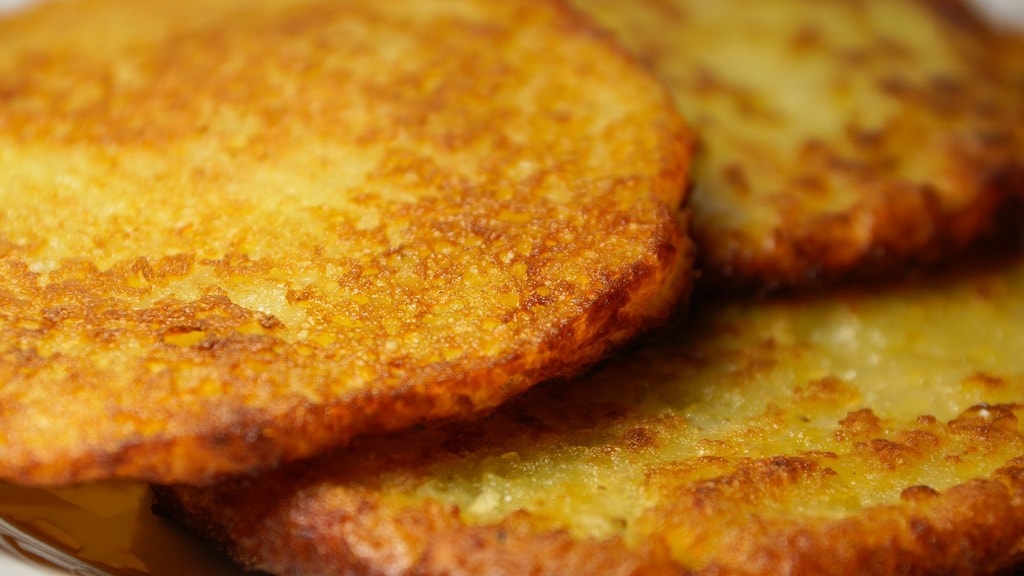 It has already become a source of humor: Ukrainians love salo. This well-established symbol of hospitality and wealth is usually served as an appetizer—but sometimes a fully fledged dish. Pork fat is reportedly a source of vitamin D and A, both of which foster brain activity, digestion and detoxification. Put it on rye bread with spices or greens and have yourself a surprisingly healthy snack. 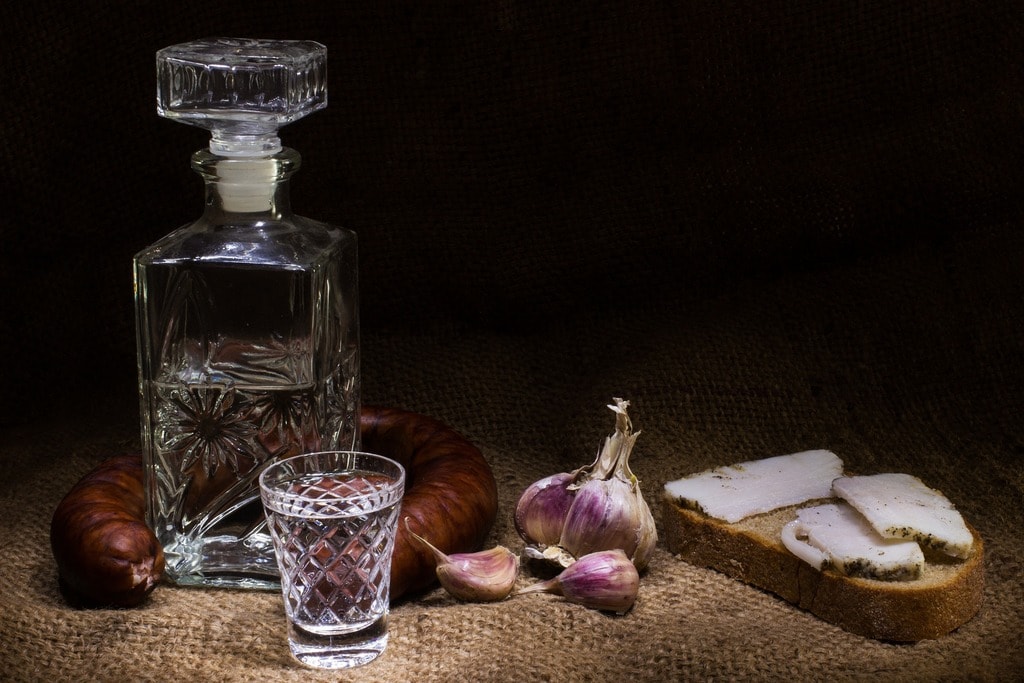 Vareniki is a kind of dumpling. It is made of dough, but the filling depends on the imagination and taste preferences of the chef and their guests. Cabbages, meat, mushrooms, cottage cheese, cherries, currant or potatoes are the most typical fillings. Savory or sweet, vareniki turns out to be succulent. Ukrainians put sour cream almost in every dish, and these dumplings often get the same treatment. Begin your meal with one of these—you won’t regret it. 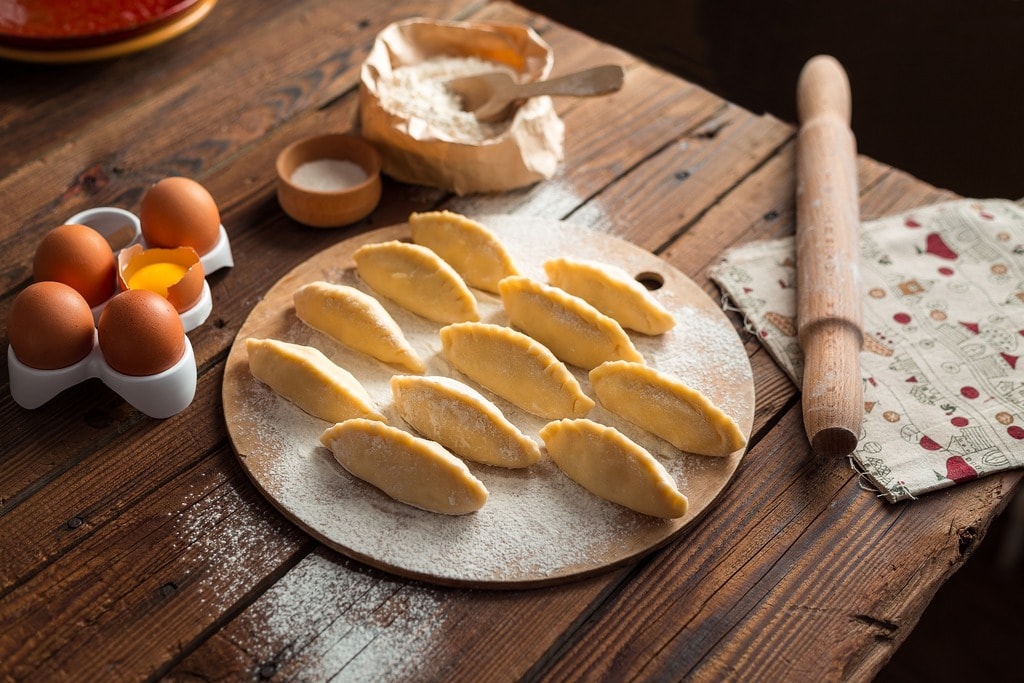 Traditional stuffed cabbage rolls, golubtsi, take many hours to prepare properly. There are two ways to make them: bake them in the oven or stew them in a pan. Minced meat with rice wrapped in cabbage leaf requires fine culinary skills and passion. Otherwise, the form and the taste of the rolls will suffer. Golubtsi is a good choice for dinner—top with some sour cream to give it ever more gusto. 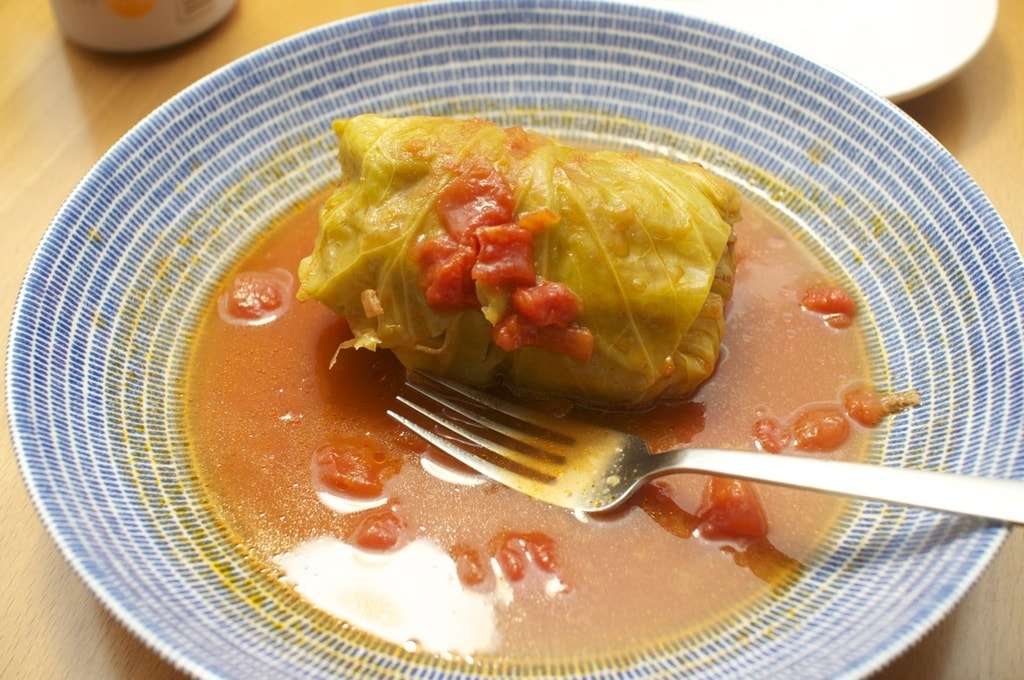 Okroshka is a refreshing soup that is mostly cooked during the summer period. The ingredients vary: it may be prepared with kvass or kefir, both of which are sour in taste. The accompanying sausages, cucumbers, greens, carrots and radishes should be chopped in relatively large pieces to give it texture. Once you tried okroshka it’ll soon become your savior from sultry weather. 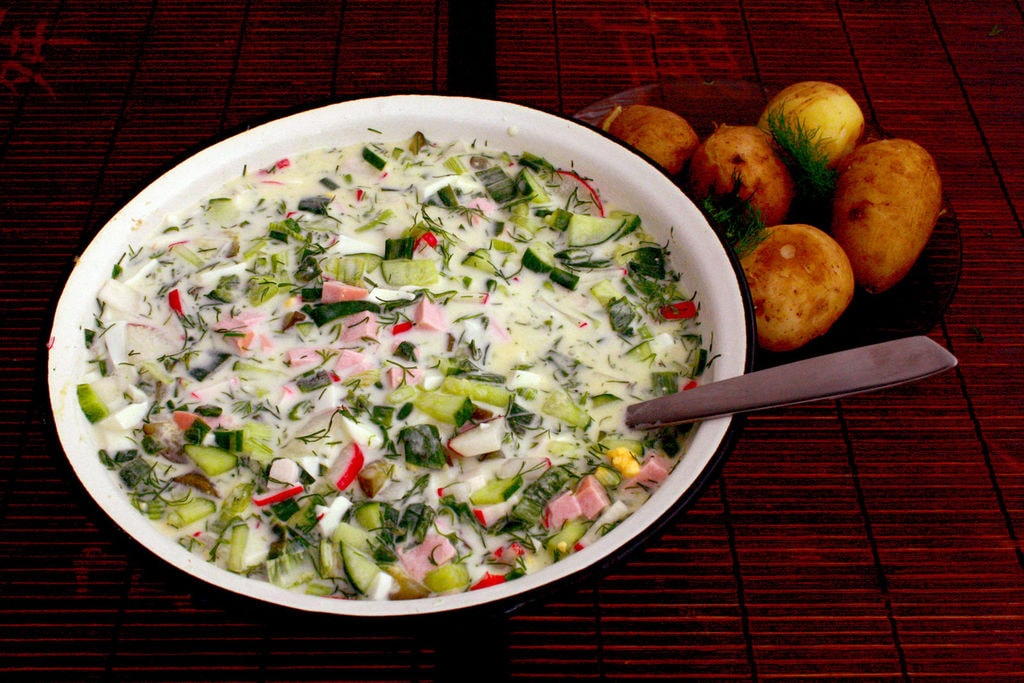 Western Ukraine has a number of unique recipes that are not as common in the central or eastern parts of the country. One of them is a legendary dish called banush. Decades ago, banush was a dish associated with poverty, but now this staple food is served in the best restaurants across the Carpathians. It is made of corn grits, fried pork fat and cheese, and is traditionally cooked over a fire in order to get it well smoked. Mushrooms are also often added to the porridge, to make the taste even richer. 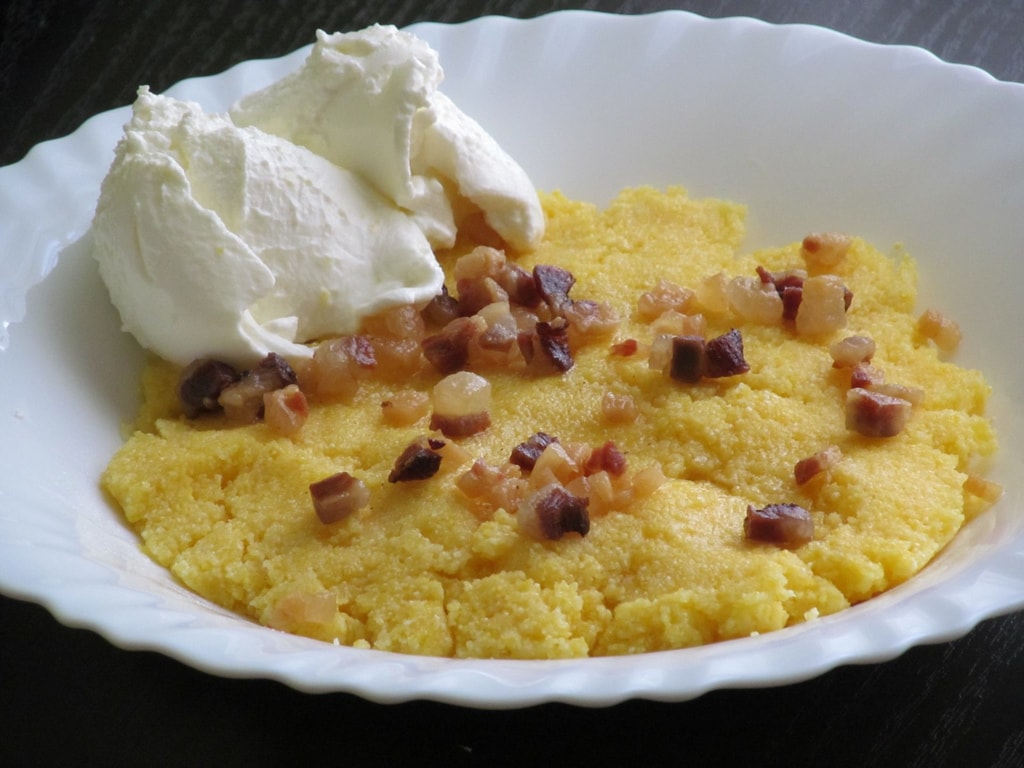 This strange dish shocks tourists. But, for Ukrainians, it is the central dish served at all celebrations. Holodets is made of meat broth, frozen to a jelly-like state, with pieces of meat inside. One of the main components for this kind of aspic is pork leg. To be more specific, the lowest part, the one that ends with hoofs. During the process of cooking, the smell spreads all over the apartment. But the result is so satisfying that it is worth it. 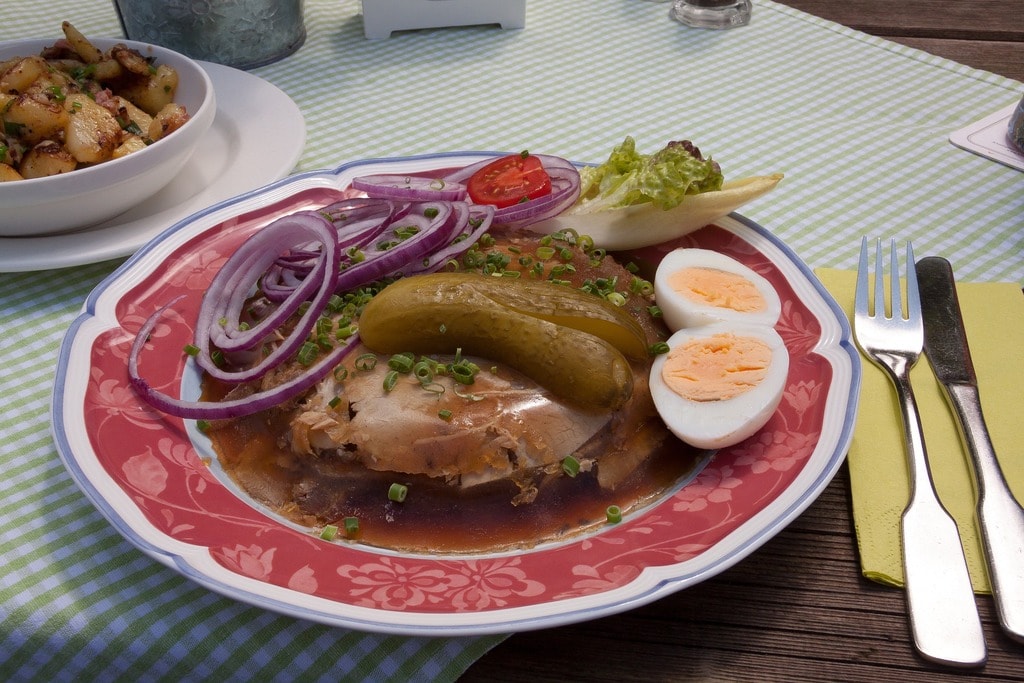 Fans of sweet flavors for breakfast will fall in love with syrniki. Made of cottage cheese, flour, eggs and sugar, the dish is nourishing and airy. After being gently fried in a pan, syrniki is topped with jam and sour cream. It literally melts in the mouth and will fast become your favorite dish. Despite the simplicity of ingredients, making syrniki is a very exacting process. The most important thing to consider is proportions—make sure you stick to the recipe. 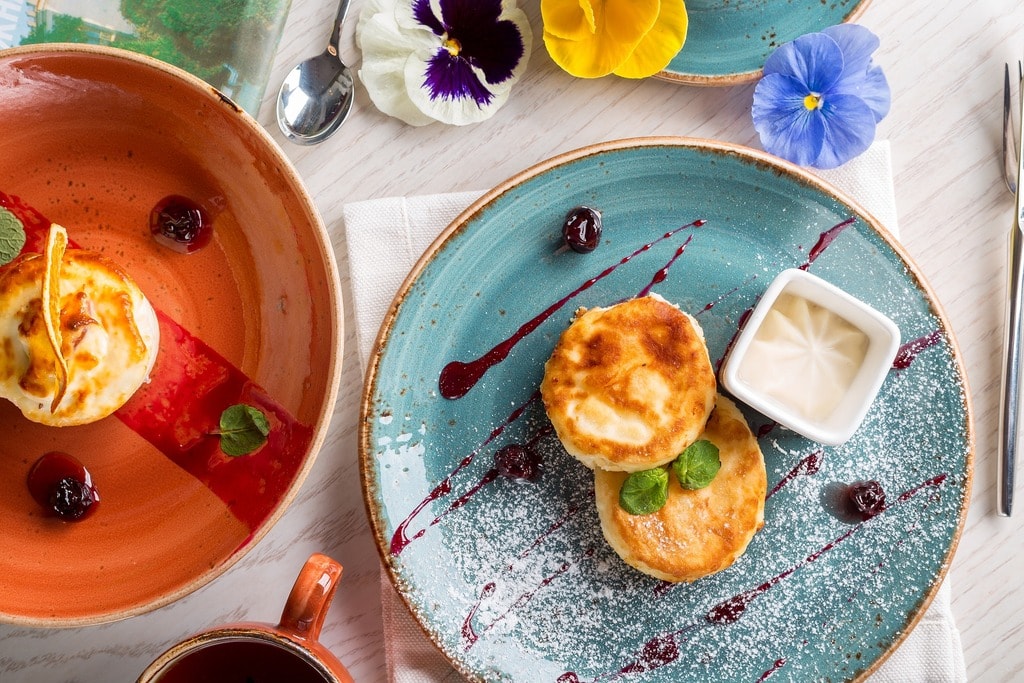 Homemade sausages consist of meat, fat, and spices, in a natural shell. The dish exceeds any store-bought sausage, in composition and quality. Most of the Ukrainian housewives know their own secret recipe and find it easy to cook. Mince pork or beef meat, add some garlic, wrap and bake. Then, the sausages can be frozen and later fried, baked, grilled or simply boiled as a side to vareniki or banush. 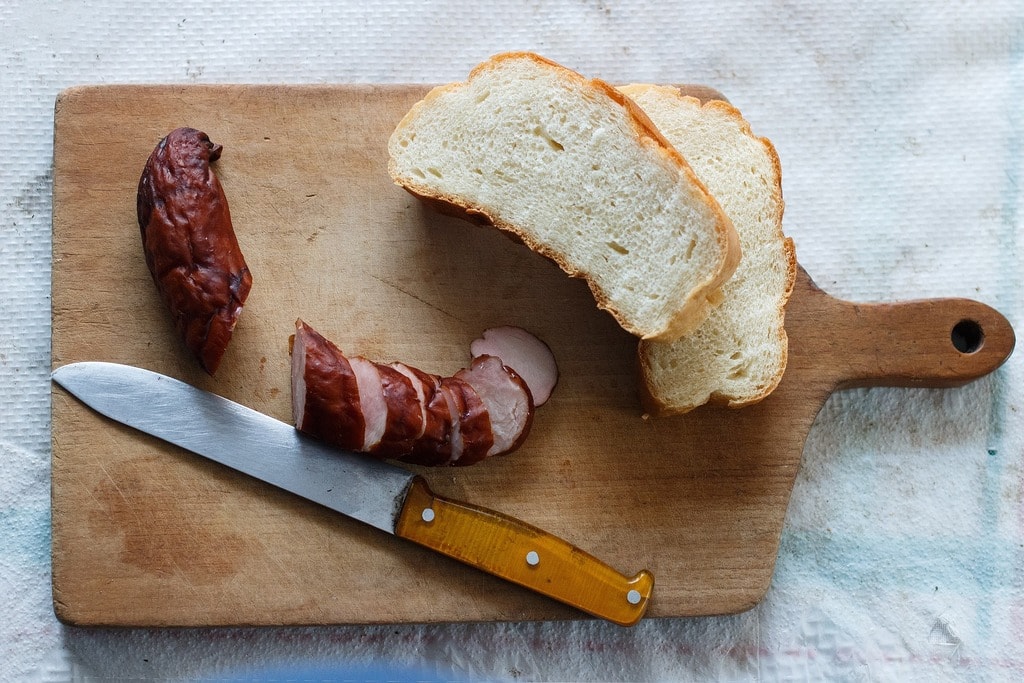 Another nourishing recipe, the filling for which can be chosen randomly. Anything that can be wrapped in a pancake can be put inside nalisniki—but the traditional filling is cottage cheese and raisins. The secret to perfecting this dish is cooking it slowly on a low fire. Nalisniki could be mistaken for pancakes, but the difference is that Ukrainian versions are thinner, meaning your filling will dominate the taste. Tourists with a sweet tooth can add jam and sugar. 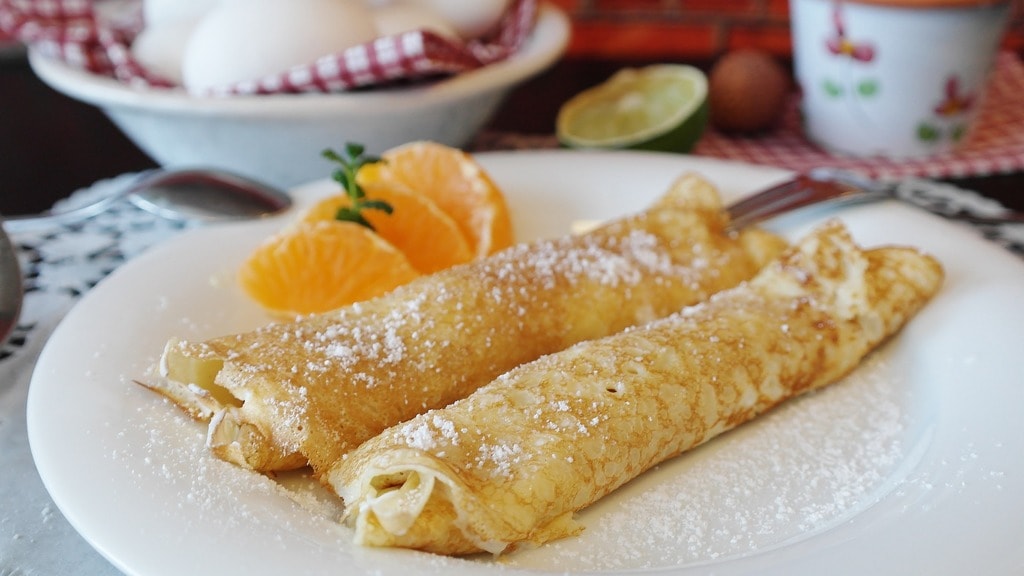 Book Arsenal-2018: Space and virtual reality for the new generation of readers

Here’s Why More Ukrainians Admire Nationalists, and Why the West Shouldn’t Freak Out

Comments are closed, but trackbacks and pingbacks are open.

An “ildsjael” or an ordinary Dane with an extraordinary heart

VI Global Ukrainians Forum: Ukraine and its hi-tech integrate into the…

Book Arsenal-2018: Space and virtual reality for the new generation of…

Space projects and children of the future: UkraineIS has held several…